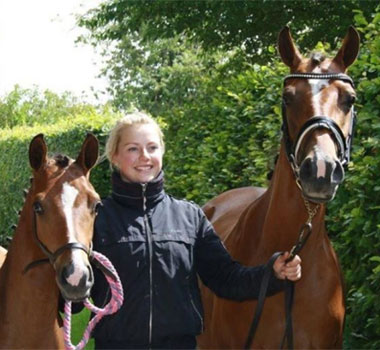 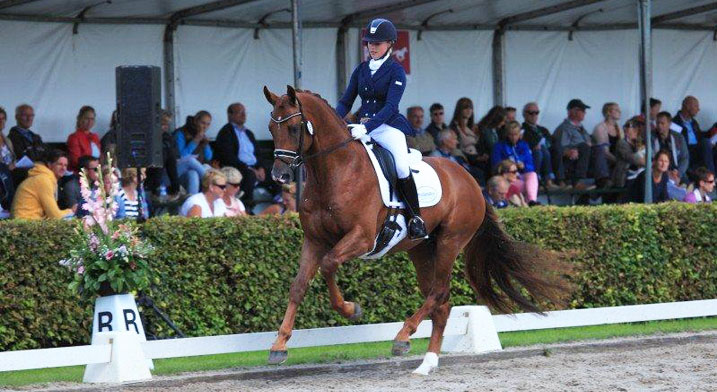 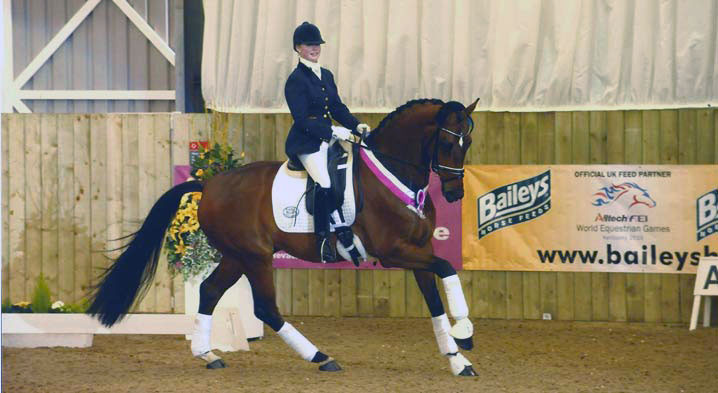 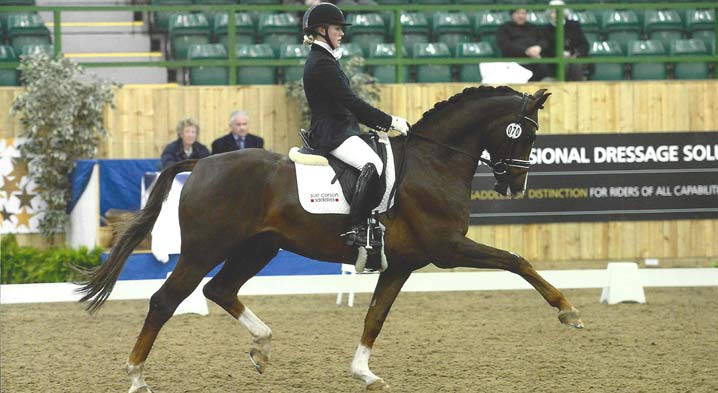 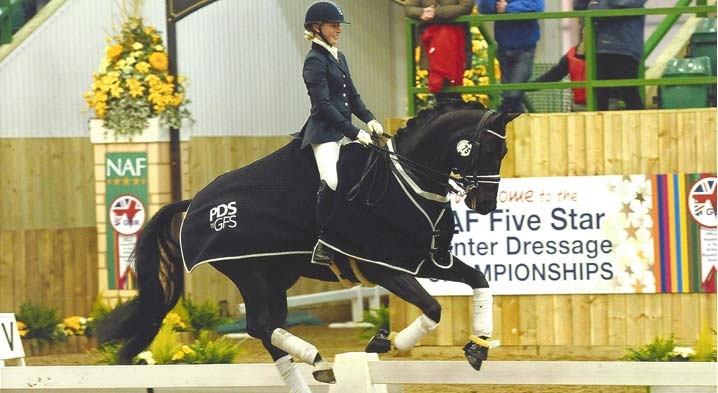 When I was 8 years old, I went to a friend's pony party and quickly became 'hooked', so started having weekly lessons at my local riding school, Quob Stables. 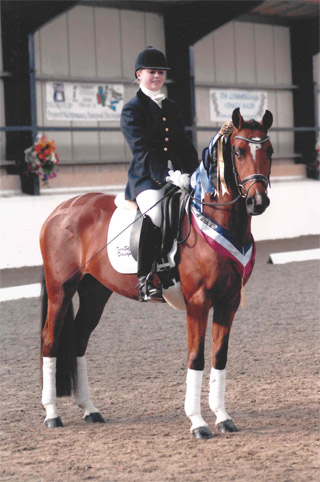 I helped out there at weekends to get a free ride on one of the ponies, as my parents could not afford a lot of lessons. I rode any pony I was given and fell off a lot! I got to help 'back' various ponies and rode a lot of the younger ones to give them experience.

I was lucky to get a loan horse at the age of 14, who was called Echo. Echo was a Cob cross Thoroughbred who loved jumping. I did a lot of Showjumping and Hunter Trials with Echo, but felt she needed improving on the flat, which is when I had my first Dressage lesson!

That first lesson was with Kay Waterman from Global Dressage. Kay taught me a lot and in 2007 when I was 17, I started working for her. I worked for Kay for about a year, riding various horses which were for sale.

Kay introduced me to Roland Tong and Ben St John James, who I went on to work for from 2008 to August 2013. They were extremely good to me and Roland kindly gave me the ride on his and Sandra Kirkpatrick's Ambience. I won 2 National Titles on him and 3 Regionals. I also rode another horse called Fascinato owned by Lindsey Leggett, who Roland had previously won the 4 year old Shearwater final on. I also went on to win 2 National titles with him.

The experience I gained with Roland and Ben was invaluable, but in September 2013 I made the difficult decision to leave them to become a freelance rider.

I started riding for Annie MacDonald Hall and Sarah Tyler Evans who both had very talented young horses who I won young horse championships on.

After having lessons with Carl Hester for around 2 years, I was asked by Charlotte Dujardin if I wanted to go and work there.

I could not of course have turned down such an amazing opportunity, so I started working for Carl as a rider groom in September 2016.

I have learnt so much working with Carl and Charlotte during the last few years and feel so lucky to be doing what I am now. I come from a non horse family background and have achieved things I only ever dreamt of. I have had a lot of help and support from people and I am extremely grateful.

I now hope to carry on building a successful career and my ultimate aim is to compete for my country.

Hopefully with hard work and dedication I can achieve that one day! 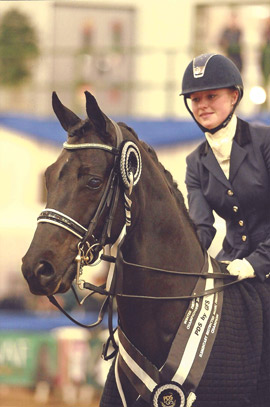